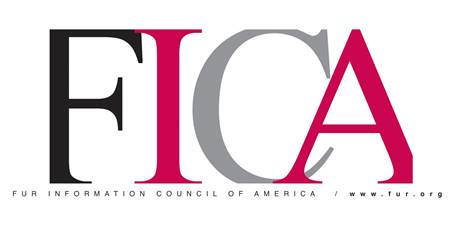 SACRAMENTO, CA—Today’s passage of Assembly Bill 44 by the California State Senate, with a final vote of 27-8 with 5 abstentions, was based upon little fact, lots of fiction, and no consideration for jobs and the potential loss of millions of dollars of tax revenues, charged an industry group.

“Chalk this up as a victory for a radical vegan agenda using fur as the first step,” said Keith Kaplan of the Fur Information Council of America. “In the end, there will be no positive impact on animal welfare.”

Kaplan also claimed that the passage of AB 44 sets a very dangerous precedent in opening the door for further actions against leather and wool, already the focus of active animal rights campaigns, and the considerable damage it will do to the environment.

“Promoting fake fur as an alternative, as Friedman and others are doing, presents a serious threat to California’s waterways and marine life. Fake fur is a petroleum-based product that is not renewable, sustainable, or biodegradable, and releases thousands of tiny plastic lint fibers into wastewater when washed, waters that are then released into oceans and rivers where they are ingested by fish, mammals and sea birds. AB 44 directly contradicts the many positive environmental moves California has taken regarding plastics and Styrofoam.”

AB 44 supporters are not the only ones who can claim a victory, according to Kaplan, surrounding states that don’t have such bans will be happy to have the millions of dollars in sales taxes furs bring to the California state budget. But the biggest beneficiaries of all, he said, will be the black market.

“The consumer has spoken,” said Kaplan. “Fur sales have continued to rise over the past decade, reflecting the strong demand. Natural fur is sustainable and environmentally friendly and strict animal welfare standards are in place in the U.S and North America to ensure the humane treatment of animals.”

Fur industry groups have identified a number of legal challenges to AB 44, if it should become law, and are prepared to initiate litigation that will cost the taxpayers millions of dollars for California to defend.

“Should the governor sign AB 44, we will challenge it on several fronts and will carry the fight to the highest courts possible to protect an industry that sells a legal and ethically sourced product,” said Kaplan. “It is unfathomable that the state is willing to spend millions on legal fees to defend a restriction on fur sales that was initiated on the basis of false claims, misrepresentations, and outright lies when there are so many other compelling issues that need immediate attention in our state.”

The Fur Information Council of America was established in 1987 to protect and promote the interests of the retail and manufacturing sectors of the U.S. fur industry.